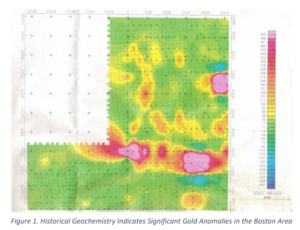 Newlox Gold is closing the year on a positive note with its first processing plant upgraded, operating and ramping-up throughput. At full scale, the processing plant will be capable of processing 80 tonnes per day of artisanal tailings feedstock targeting over 6,500 ounces of gold per year.

Earlier this year, Newlox Gold announced that it had secured a fully permitted location to construct and commission a second processing plant to facilitate near-term production growth. This second processing plant, the Boston Project, is located in the historic Juntas Gold Camp of Costa Rica, which has been mined continuously by local miners since the early 1900s, with over 2 million ounces of gold produced historically.

For the Boston Project, the Company is establishing a mill with a throughput of 150 tonnes per day of material grading +- 15 grams per tonne gold. Newlox will operate Boston in partnership with local mining groups. Local partners will supply freshly mined feedstock to the Newlox processing plant. Net revenues after all production costs will be split 50/50 between the miners and Newlox. The Company expects the Boston Project to significantly contribute to Newlox’s near-term growth.

The Company has access to substantial historical data on both the Boston area and the entire Juntas Gold Camp and has undertaken an ongoing comprehensive review. A geological assessment of the Juntas Gold Camp by the Newlox geology team has estimated that the JuntasBoston area has been the source of significant historical production and holds substantial future gold and silver potential. 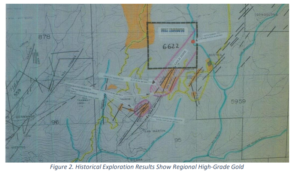 The Juntas Gold Camp is divided from west to east into several sub-districts, which have been subjected to varying levels of historical exploration. The most historically active sub-district, Tres Hermanos, hosts a major historical mine which is now being actively mined by the local mining partners of Newlox. Data on historical production in this area indicates the grade to have been around 16 grams per tonne gold. The gold-bearing material at Tres Hermanos is rich in silver (electrum) and is accompanied by sphalerite, galena, and stibnite. Historical production in just this sub-district is estimated to be over 2 million ounces of gold. Extensions to the known vein system hold potential both on strike and at depth.

On the western portion of the camp lies the La Luz area, where two parallel vein structures having a thickness of 1.2 to 2 meters with grades between 12.5 to 37 grams per tonne gold have been explored and exploited (OEA 1978).

The nearby Silencio Area hosts veins up to 5 meters in thickness, with historical exploration and mining records indicating grades between 7.8 and 15.6 grams per tonne gold. These veins were exploited at multiple levels and remain open for further exploitation and exploration. 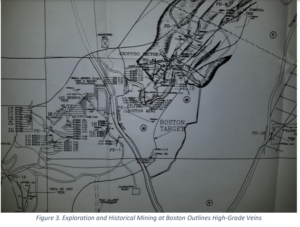 The Boston Area, where Newlox Gold is constructing its second processing plant, hosts three historical mines that exploited veins up to 5 meters thick, with historical records showing grades averaging 7.41 to 12.6 grams per tonne gold. They have been mined for the past 30 years by Newlox Gold’s local artisanal mining partners, with currently reported grades exceeding historical records.

The author also noted that the overall Central Gold Belt, which contains the Juntas Gold Camp, has undergone little modern exploration and holds excellent exploration potential for large, rich gold deposits starting at the surface and extending beyond 500 meters in depth. 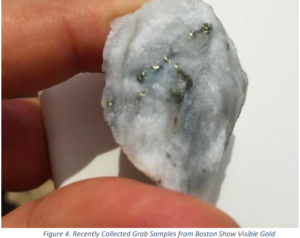 “Newlox Gold expects to have a transformational year in 2021; the Company’s first processing plant is expected to achieve full-scale production, and the Boston Project is slated to enter production early in the second quarter. Additionally, Newlox is actively evaluating projects in neighbouring jurisdictions and plans to select and announce its third project in the spring with the intention of starting construction at Project 3 in the second half of 2021.

The Company’s recently closed $2.779 million financing places Newlox on firm footing to optimize production at its first processing plant and advance its organic growth model. Newlox Gold focus on the US$27 billion artisanal gold sector over the coming years. Artisanal mining currently accounts for 20% of annual global gold production, and Newlox is looking to participate in this neglected arena while dramatically improving environmental and social standards. It all starts in 2021!”

The information in this news release includes certain information and statements about management’s view of future events, expectations, plans and prospects that constitute forward- looking information. Forward-looking information includes, but is not limited to, the completion of the work programs currently underway and the results of these programs. These statements are based upon assumptions that are subject to significant risks and uncertainties. Because of these risks and uncertainties and as a result of a variety of factors, the actual results, achievements, or performance may vary materially from those anticipated and indicated by these forward-looking statements. The material risk factors that could cause actual results to differ include the risk that work undertaken by the Company may have unintended effects, the risk of delays in completing work, and the risk that the Company may not be able to raise sufficient funds and Force Majeure. Although the Company believes that the expectations reflected in the forward-looking information are reasonable, it can give no assurances that the expectations of any forward-looking information will prove to be correct. Except as required by law, the Company disclaims any intention and assumes no obligation to update or revise any forward- looking information to reflect actual results, whether as a result of new information, future events, changes in assumptions, changes in factors affecting such forward-looking statements or otherwise. Neither Canadian Securities Exchange nor its Regulation Services Provider (as that term is defined in the policies of the Canadian Securities Exchange) accept responsibility for the adequacy or accuracy of this release).

Technical Disclaimer: The Company advises it is not basing any decision to produce on a feasibility study of reserves demonstrating the economic and technical viability of the project and also advises there is increased uncertainty and specific economic and technical risks of failure associated with any production decision. Stewart A. Jackson, Ph.D., P.Geo., a “Qualified Person” within themeaning of National Instrument 43-101, has prepared, supervised the preparation of, and approved the contents of this News Release.

On Behalf of the Board, Newlox Gold Ventures Corp.